Electronic Arts and Maxis are at the helm of creating amazing games, but it’s been a while since we’ve heard from these guys. With the success of the sims 4, we’re all excited when these guys will launch a new project. 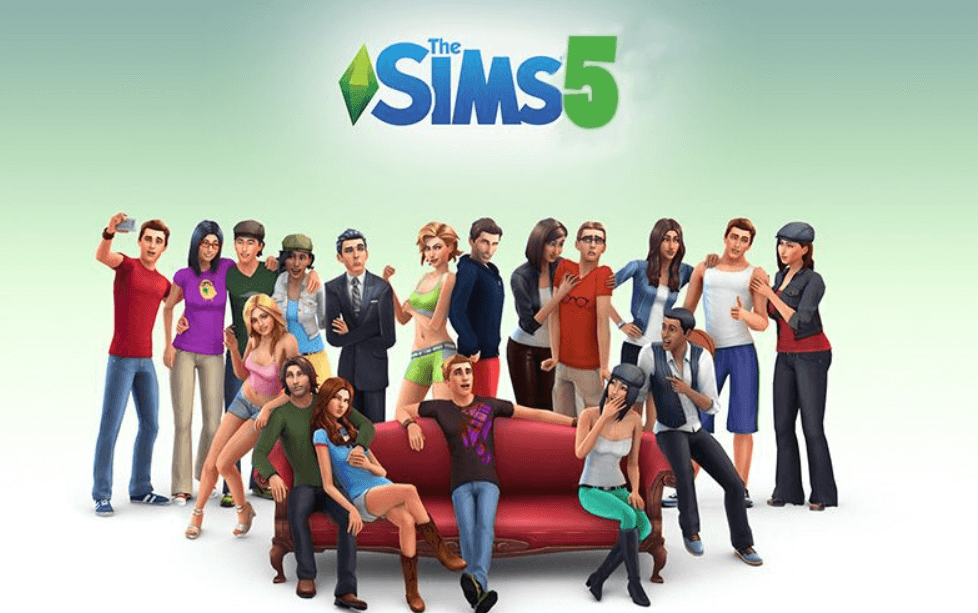 Sims 5 is one of the most awaited games of the past couple of years and it has been more than six years since the last title was released.

With the advancement of the internet and new battle royal and multiplayer becoming more common, the single-player genre is quietly vanishing into thin air. One of the producers of the Sims 4 even commented on an interview. “The Sims 5 will never happen if the Sims 4 doesn’t do well” that, means in terms of sale and support from players. Now after 6 years, there are thousands of players still playing this game.

If you think the Sims 4 is dead, then think again. There are new features like an expansion pack, game pack, and other resource pack coming out every month. Still, there are so many things that the fans demanded from the developers and it’s sad that they haven’t listened to us so far.

The Sims 4 Was Not A Success In The Beginning

When the sims 4 first launched for PC, it wasn’t a great success. There were so many things missing in this game like toddler, and pools, and it felt very narrow compared with the last 2 games, which was of course open-world. But the developers realized their mistakes and launched each of these features one-by-one in the form of expansion and game pack. It’s therefore highly likely that the EA and Maxis will avoid making this kind of mistake, and will launch a complete package next season. It’s safe to assume that the base game will have all the features, that you currently have as extras.

Sims 5? What They Are doing Right Now?

Currently, both the companies are working on some side projects and providing support to the Sims 4. If they are working on a new project, it must be under tight light. In some of the recent interviews, the team suggested that they are planning to release at least 12 major packs for the current base game. So if you consider this, the content will easily extend beyond 2020.

Cheats are something that we can expect from the new project. The previous 2 games provide extensive use of cheats, now with the Sims 4 cheat mechanics and custom mod support, the things are a lot easier. In Sims 5, it is expected to have a new cheat engine in the game. It will be more advanced, precise, and comes with a lot of options.

Although we have to wait for a little while for the sims 5. The internet is already filled with many fans made trailers.

While both the companies have not shared any resourceful information about the release date for the Sims 5, we can expect it to release sometime in 2021. It seems fair because, in the past, it normally takes 7-8 years before a new package arrives. With new console generation’s coming up next year, they will try to match their description and way of standards. The game just got launched on Playstation 4 and Xbox One platform, so just wait a little while.

What do we expect from the Sims 5?

There are a lot of things that fans request from the Sims franchise. In my opinion, they should include everything they have for Sims 4 right now, in their new project. Like every expansion and game pack. I know this sounds weird, but we want something for the base game too. Moreover, here’s something that I would love to see in Sims 5.

One of the best things about Sims 3 is that you can freely explore worlds without changing your current lot. You can go over to your neighbors’ homes, without even using the loading screen. Apart, from this, I want control of everything in my world. There should be only one map, (should release more later) with a huge space. The Sims 5 should blend some features of The Sims 3, along with the variety of landscapes of the Sims 4.

Again, in The Sims 3, you could’ve easily jumped in the car, and drive straight to your destination. It was a fun experience. Now with the Sims 4, it’s not possible. It’s just an option that only loads the loading screen and doesn’t show any kind of animation. Cars are something that we’re asking from the franchise for a long time. If EA and Maxis say Sims is a life simulation game, then a better transportation option is part of our life too.

In the Sims 4, you’re limited to your own house. Through back to The Sims 2, we could’ve added in environmental items in our streets like electricity pylons, plants, trees and more. The same is true of the Sims 3, there were custom lots available, that you can easily manage. So in Sims 5, I want complete control of my world. I want to decide what goes where and whatnot.

Sims 5: Include all ages

The Sims might have toddlers now, but it’s still not part of the base game. In Sims 5, I want all ages of Sims under one roof. The Sim’s height, body, weight, and overall appearance should change with time and their age factor.

Although we might not see some things that I’ve discussed here, still we can hear something from the developers in the middle of 2020. It makes sense because it marks the 20th anniversary of The Sims franchise. It’s a big event, and already I’m expecting something from EA. Perhaps even a sneak peek or gameplay dem would change the whole scenario. Share your thoughts with us! What do you want to see in the Sims 5? Comment below, and let us know!

December 25, 2019
0
This page contains a list of cheat codes, Easter eggs, tips, and glitches for The Sims FreePlay for iPhone and Android. Download the latest...

December 22, 2019
0
In this post, you can find the sims 4 complete collection list and collectibles available at each side. Sims 4 Collections If you're playing the sims...

December 20, 2019
0
The post covers how you can change your aspiration on sims 4 with reward points. Sims 4 Aspiration The Sims 4 aspiration are life goals that...

December 7, 2019
0
In this guide, we have a detailed list of the sims 4 emotion cheats, moodlet and how you can remove moodlet. Emotions are introduced in...

December 6, 2019
0
This post covers all the baby cheats and a detailed guide on how to get rid of the baby. Babies are the first life stage...

Real Life Things That The Sims 4 Life Simulation Game Does...

December 5, 2019
0
Video games play a vital role in improving our brain and the ability to solve complex problems. Games are what defines us in our...

The Sims 4 Get Together Cheats and Club Points

December 1, 2019
0
This post covers all the cheat codes available in The Sims 4 Get Together Expansion Pack. The expansion pack comes with Aspirations, Trait, Skills, and...

November 30, 2019
0
The sims 4 debug cheat allows you to get the hidden items in the build mod. These types of items are not available for...

October 15, 2019
0
This post covers everything related to the sims 4 aliens, cheat code, male pregnancy and alien baby. The Sims 4 Aliens Cheats One of the best...

September 14, 2019
0
This post covers sims 4 buff cheats and how you can add or remove them in the game. These are Emotions levels that change...

August 30, 2019
0
We all know that the sims 4 is pretty amazing in hiding stuff from us. Either its woohoo or just an ordinary bladder, it's...

August 12, 2019
1
The sims 4: Parenthood game pack offers tons of great challenges for the sims players. In the game pack, you have to develop skills...

August 11, 2019
0
Perk points are additional services that your sim can give or relatively receive by other sims. For example; you can order additional lunches, can...

August 2, 2019
0
In this article, we have explained everything related to The Sims 4 Satisfaction Points and how you can get Reward Points. In the sims 4...

The Sims 4 MoveObjects Cheats | How to Move Objects In...

July 30, 2019
0
A detailed guide on how you can easily move objects in Sims 4. Working method on both Console and PC gaming platform. The Sims 4...

May 31, 2019
0
Toddlers were not included at the early stage of Sims 4, but with the increase in demand from the fans, they were added via...

May 23, 2019
0
Gardening is a skill included in the initial release of the game. It mainly focuses on your sim ability to grow a different type...

April 22, 2019
0
I know it is a very common problem and there are so many solutions available on the internet, but still, some of you guys...

February 14, 2019
0
Spend some quality time with your loved one, The Sims 4 Valentines day gift set is here. This valentines day surprise your sims with...

Sims App Is Finally Here and It Understands Simlish.

January 3, 2019
0
Sims 4 Vampire Lore Cheats Vampire Lore is introduced in Sims 4. This feature lets you learn more about the undead and different surviving...

How To Turn Grim Reaper Into A Vampire

January 1, 2019
0
The Grim Reaper is the Scariest part of the game. When it comes to taking life from our sim, it's very difficult for every...